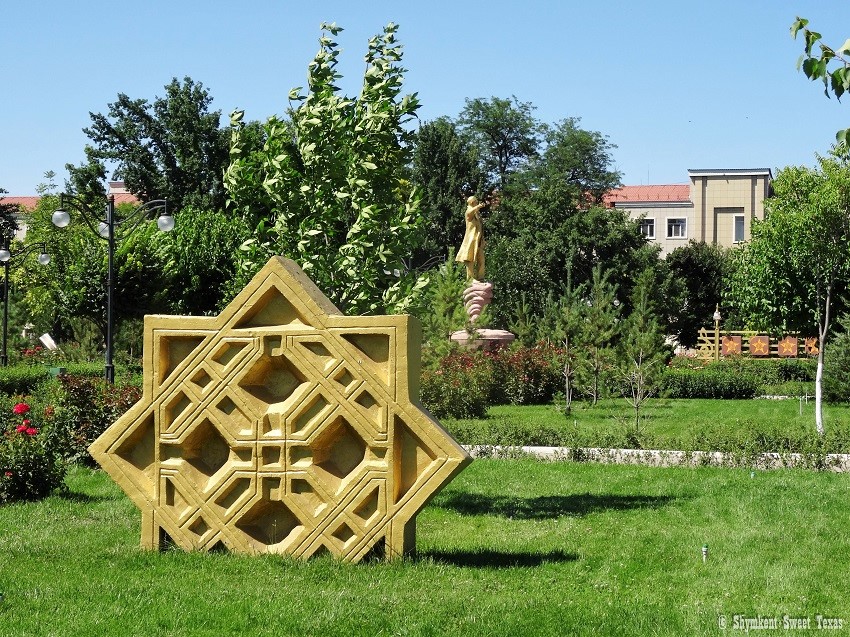 In the old part of Shymkent, near the central bazaar, there’s a pleasant park dedicated to music: the park “Shamshi’s World“ (Шамші әлемі – Shamshi’ a’lemi’).

The construction of the park “Shamshi’s World“ started in 2007 with the aim of eliminating the unhealthy shops that had spread in the 1990s around the current Central Market (Verkhni Rinok) and the former natural lake “ozero”, in the center of Shymkent.

The park received its final name in 2010, when was inaugurated the statue of the famous local poet and composer, Jamshid “Shamshi” Kaldaiakov (Шәмші Қалдаяқов, 1930-1992), nicknamed “King of the Kazakh waltz” and composer of the Kazakhstan’s current national anthem, “My Kazakhstan” (Менің Қазақстаным – Menin’ Qazaqstanym).

At the foot of the statue is the Alley of Stars, along which are 48 stars in the name of artists, composers and popular poets who contributed to the cultural development of the country.

The development of the park “Shamshi’s World“ has required substantial work to remove the remains of the old bazaar and to give a chance to the vegetation to grow. The park now consists of an outdoor scene, a fountain, lawns and rose bushes, and also many decorations related to music (notes), local ornaments (rings, bracelets) and to harmony (Buddha’s face, octograms).
___

On the same topic : Independence Park