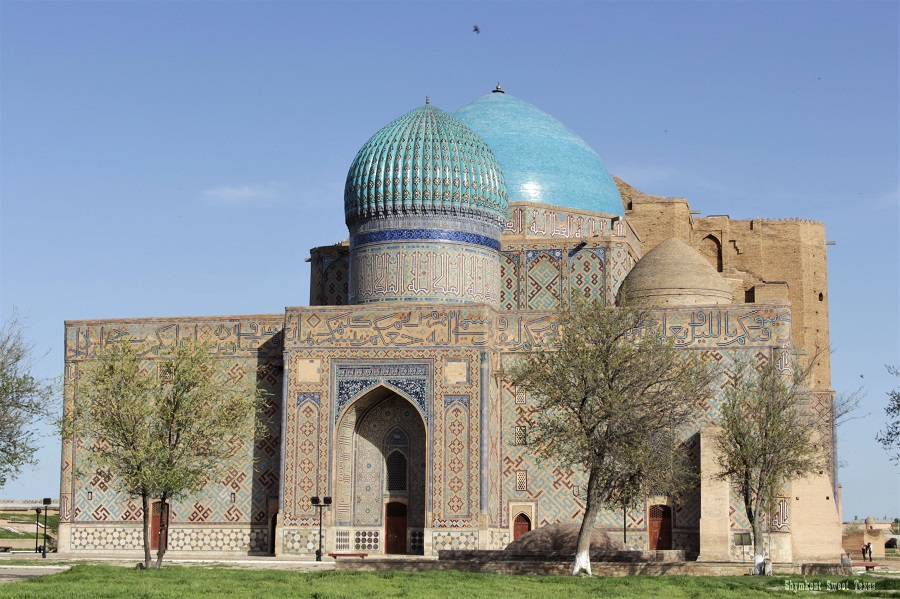 In the city of Turkestan, 180km north-west of Shymkent, is the most famous and visited spiritual and architectural monument in Kazakhstan: the mausoleum of Khoja Ahmed Yasawi.

Khoja Ahmed Yasawi was a philosopher, a poet and a writer, born in 1103 in Sayram (ancient Ispijab, close to Shymkent). Adept and developer of Sufism, he was renowned for his humanism and his great humility. At the age of 63, he decided to withdraw into an underground room not to see the sunlight longer than his mentor, the prophet Mohammed, who died at this age. He died there one year later, in 1167.

The mausoleum was built more than 200 years later by the Turkish-Mongolian conqueror Tamerlan (Timur the Great), keen on science and architecture, and fervent admirer of Khoja Ahmed Yasawi. But he died before the end of works in 1405, and the mausoleum remained unfinished.

The mausoleum of Ahmed Yassawi is famous among others for being crowned with the biggest dome of Central Asia (18m). The mausoleum also houses a cauldron (Tay Kazan) made of 7 metals, weighing 2 tons and with a capacity of 3000l, filled in ancient times with holy water to dispense to believers after Friday prayers.

The mausoleum of Khoja Ahmed Yasawi is listed as a UNESCO World Heritage Site. 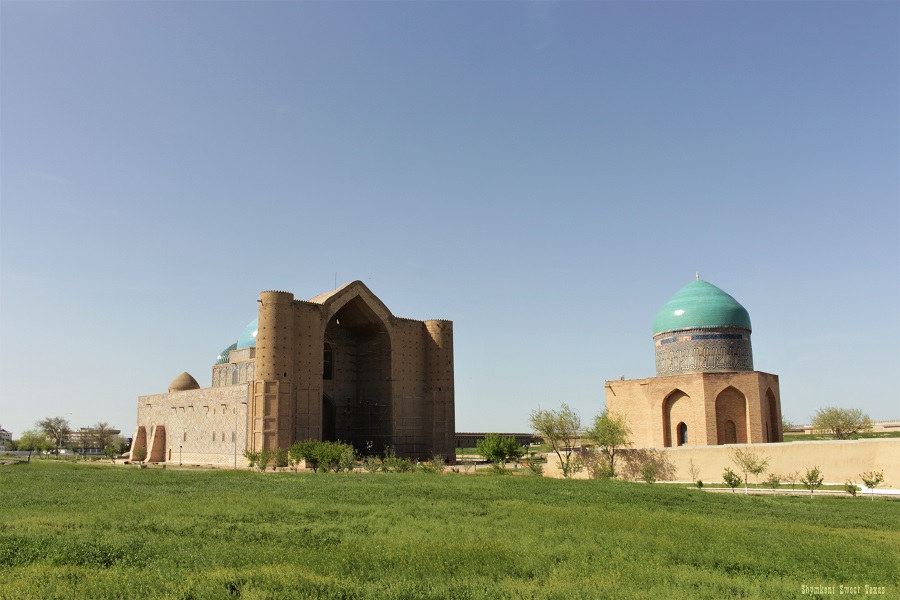 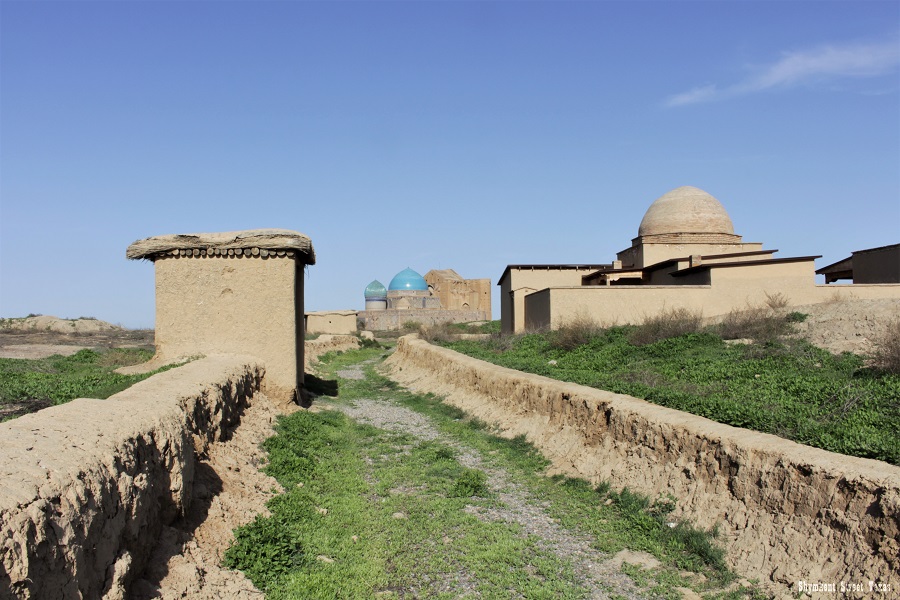 On the same topic: The ancient city of Sauran